The rules have changed to Local Accommodation (AL) in Portugal.

On April 21st, the decision of the Supreme Court of Justice (STJ) was known: “In the horizontal property regime, the indication in the constitutive title that a certain fraction is intended for housing must be interpreted in the sense that it is not allowed to carry out Local Accommodation”.

With this standardizing judgment, the STJ understands that in fractions intended for housing, the exploitation of AL should not be allowed.

The activity of LOCAL ACCOMMODATION, which has been practiced informally for a long time in Portugal – mainly in bathing areas – started to have a specific legal regime in 2008. It has experienced exponential growth since 2014, ceased to be an activity of renting rooms or second homes and started to be practiced in fractions of buildings in horizontal property, a situation that has generated deep social and political divergences, considering the positive impact of revenues and the negative in limiting the supply of permanent housing and renting, even forcing residents to leave the historic centers of large cities.

It is considered, however, that although the option defended in the judgment may be, in some cases, significantly penalizing the interests of the owner of the fraction that intends to monetize its assets, it ends up, in a preventive way, protecting the interests of quietness and security of the habitual residents of a collective housing property.

How did the controversies in AL arise?

With the growth of tourism in Portugal, associated with the exponential growth of the AL, largely installed in buildings under the regime of horizontal property (condominiums), debates on this topic also took place. This evolution generated conflicts between condominium owners: some interested in the AL business and others fearful of changes in the daily life of the condominium, pointing to greater use and wear of the common parts and equipment of the condominium, in addition to the risk of disturbing the rest and relaxation of the habitual residents.

These conflicts have reached the Portuguese courts which, over the last few years, have ruled in different ways. While some courts decided to accept the arguments of those who feel harmed by the access of strangers to garages and buildings, that the AL constitutes an act of commerce and, as such, there would be a change to the purpose for which the housing fractions were intended, others chose to validate the perspective of those who consider that they have the right to affect the fractions they own for purposes other than permanent housing.

This new judgment standardizes the case law on this subject, which requires AL to coexist with permanent housing.

This measure applies to all short-term accommodation and may generate more disputes, thanks to the specific conditions of the time in which it will be applied, which covers all current local accommodation places, regardless of the date of authorization, and from now on any dissatisfied condominium owner may require the end of tourist activity in the building where they live, requiring the illegality and the consequent cancellation of the registration of the establishment with the judicial courts.

This does not mean the immediate illegalization of the ALs that currently exist in housing fractions. Since judicial decisions are valid only in the specific case, the standardizing judgment could only be applied to ALs in fractions intended for housing if, for all of them, illegality and the consequent annulment of the registration of the establishment by some dissatisfied condominium owner was requested before the judicial courts.

It should be stressed, however, that, although the standardizing judgment has no applicability outside the specific case in which it was delivered, binding only the parties to it, the standardized case-law will ultimately have an effect of persuasion and guidance of all courts whenever the same question arises, in order to guarantee some harmony within the judicial system and to avoid again the contradictory decisions of the courts on this same question. 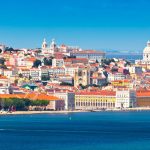 The Portuguese Golden Visa Programme – Why is it still a great option?Immigration Law
Login
Register|Lost your password?